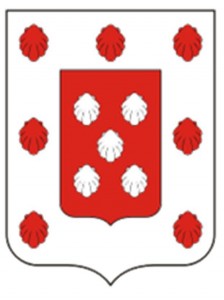 Steeped in history, Santiago de Los Treinta Caballeros, the real name for Santiago, is the Dominican Republic’s second-largest city with a population of 750,000 people.

Santiago de Los Treinta Caballeros is at its agricultural heart in the amazingly productive and diverse agricultural Cibao Valley.

The valley is huge and flat and if you stand on one of  the hilltops at its edge in the early light of day, when a gentle mist lays over it, it looks like it could be the Garden of Eden. The valley and the mountains around it support a huge range of crops—tobacco, the major cash crop, rice, cabbage, lettuce, cauliflower, tomatoes, potatoes, cucumbers, papaya, pineapple, guava and lots more. The only things I did not see growing was peaches, pears and apples.

History keeps dark whether Christopher Columbus founded Santiago in 1494 at his second sailing or his brother, Bartolomeo Columbus, founded it in1495.  What is known for sure is that thirty Caballeros of the Order of Santiago moved there in 1504from La Isabela, hence its long-form name—Santiago de  Los Treinta Caballeros. It is astounding how quickly the Spanish settled the island. It has been two years since they first landed and already they are in the heart of the country.

Visitors get a warm welcome at the Bermudez rum factory and the E. Leon Jimenez Tobacco Company. Its main attraction, however, is the Monumento de la Restauracion.

General Rafael Leonidas Trujillo, the dictator of the Dominican Republic from 1930 to 1961, had it built it in his own honor. After his assassination, the new government dedicated it to the men who were killed in the War of Restoration when the Dominican Republic won independence from Spain a second time. It is the visual center of the city and can be seen from most of it, and has a commanding view of it all—it stands out, like the Coit Tower (the Firemen’s Memorial) in San Francisco.

The city has a nation-wide reputation for having the best discotheques, bars and restaurants in the country,